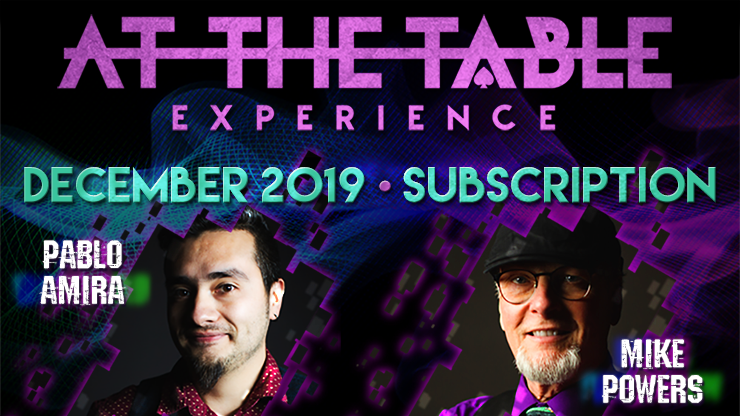 First up this month all the way from Chile, Pablo Amira brings his powerful mentalism At The Table. Not only is he a mentalist, but he’s also a psychologist, a creative consultant, and an author of several books and best-selling effects. He’s been passionately creating and performing for well over a decade, and hosts psychology workshops where he uses mentalism to help communicate his message. In this lecture, Pablo offers highly practical close-up mentalism routines that help illustrate the real secrets behind powerful performances. Applying these secrets will help you achieve more effective and compelling mystery routines for your audiences. You’ll learn routines with business cards, Rubik’s Cubes, phones, keys, playing cards, dice and even one you can do completely prop-less.

Next up, having been in the magic scene for over 40 years, Mike Powers’ creations have appeared in television, the famous Magic Castle and in every major magic publication. He is the author of 4 books, including Power Plays which was voted “Book of the Year” on the Magic Café and creator of bestselling tricks such as Diminishing Returns, Holey Terror and The PM Principle. He has performed and lectured all over the U.S. and around the world and in this lecture, you’ll learn killer never seen magic and mentalism straight from his professional repertoire.

Join us as we welcome Pablo Amira and Mike Powers right here, At The Table! 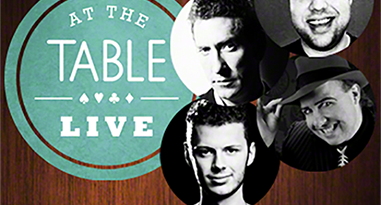 At The Table VIP Member November 2014 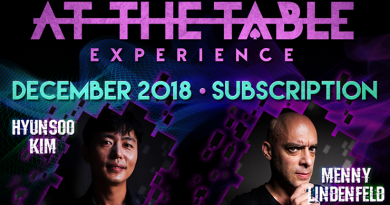 At The Table December 2018 Subscription 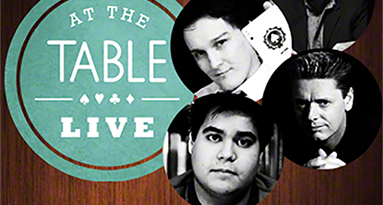 At The Table VIP Member December 2014